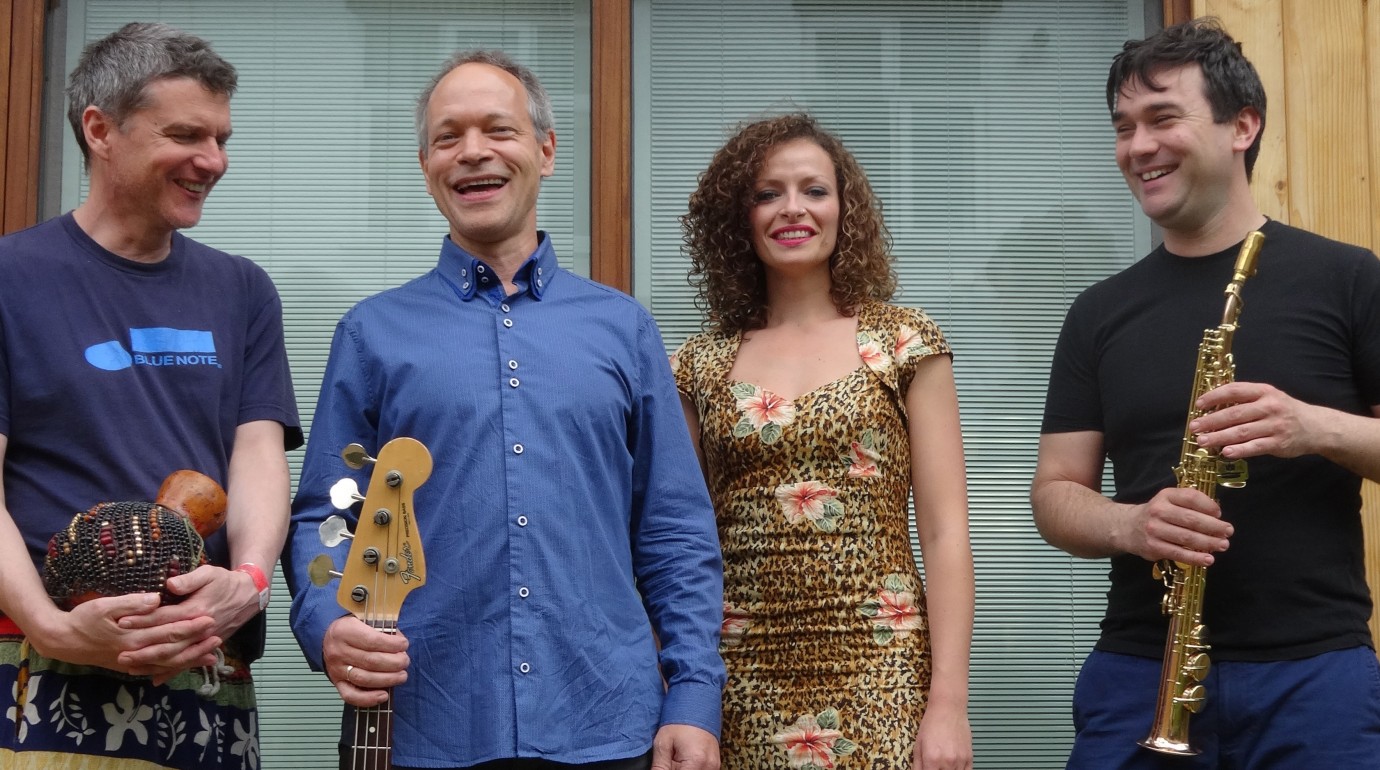 Formed out of Alec’s love of music from the Iberian peninsula, World Spirit crosses the Straights of Gibraltar into Africa and beyond.

Emily Dankworth’s voice is forged from the DNA of Jazz royalty – she has a few musicians in her family tree! She has sung in choirs all her life, and in 2011 studied Jazz vocals at the Guildhall School of Music. She now sings in the acapella group Vive and has performed in the UK and Europe. She also sings with Alec’s Spanish Accents, and works with her own group.

Branden was born in Perth, Western Australia, and studied at the Conservatorium of Music. Since re-locating to the UK, he has forged a name as a leading saxophonist in the UK scene. He has worked with Eric Clapton, Jools Holland, Paloma Faith, Soweto Kinch, Guy Barker and Claire Martin to name a few.He hosts the Late Late Show at Ronnie Scotts with his quartet, and is the founder and director of the Highgate Jazz with Soul Festival.

Paul Clarvis brings his unique style to all musical genres, playing drums and percussion instruments from all over the world. He has worked with musicians ranging from Mick Jagger, Nina Simone, Steve Swallow, Harrison Birtwhistle, Paul McCartney, Mark Anthony Turnage and Michel Legrand. He juggles his career as a session musician, leading and working with live groups including Orquestra Mahatma, and teaching at the Royal Academy of Music.