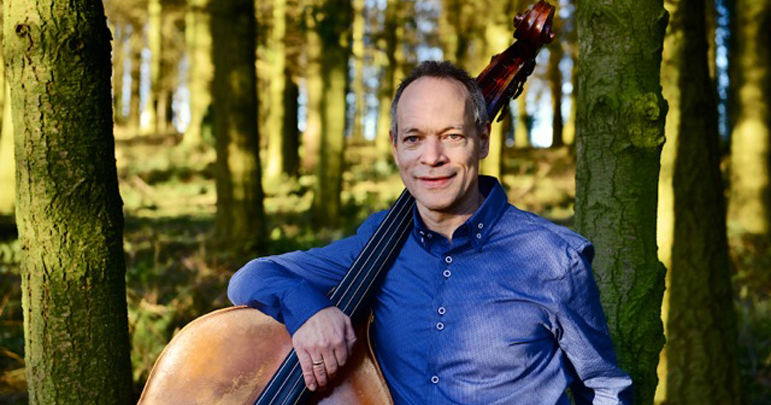 Alec’s musical influences came initially from growing up with his parents:  vocalist Cleo Laine and saxophonist / composer John Dankworth. The house was a constant hive of musical activity, with rehearsals and performances in the Stables theatre next door and music camps in the fields below

Their large record collection covered all sorts of genres from jazz and classical to pop and rock. Alec  would listen to any vinyl record with an interesting cover, including Sonny Rollins ‘The Bridge’, which has remained a personal favourite to this day.

The Dankworths often performed together as a family; in 1980 Alec joined the Cleo Laine/John Dankworth quintet, touring the USA, Australia and Europe, and in the ‘90s Alec co-lead the ‘Alec and John Dankworth Generation Band’ combining British Jazz musicians from two generations.

In 2001 Alec worked once again with his parents, and also with sister Jacqui Dankworth in 2009.

Alec first studied cello, then clarinet and saxophone, guitar and bass guitar. To start with he mostly played classical clarinet, then went to the Guildhall School of Music for a while before heading for Berklee College of Music with his bass guitar.

It was at Berklee that Alec really began to discover the work of musicians such as George Benson, Return to Forever, Stanley Clarke, Jaco Pastorius, Ray Brown, Ron Carter, Oscar Pettiford, Richard Davis, Niels Henning Orsted Pederson, Miles Davis and John Coltrane. On returning, he had listened to so much jazz that he started playing double bass!

In Alec’s professional career he has had the privilege of working with a variety of musicians that reflect his love of music from all walks of life.

In 1995 Alec joined the Van Morrison group touring Europe and America and recording three albums, including ‘The Healing Game’. 1997 saw a move to New York, where he performed with the Duke Ellington Orchestra, plus a residency at ‘Birdland’. A year later Alec joined The Dave Brubeck Quartet, performing Quartet, Pops and Choral concerts including the New Orleans Jazz Festival, Carnegie Hall.

He was voted ‘Best Bass player’ in the 1995 and 1997 British Jazz Awards; over this decade he also worked with Julian Joseph, Peter King, Guy Barker, Marting Taylor, Dave O’Higgins, and Abdullah Ibrahim.

Since 2001, in addition to performing with his own groups, Alec has worked with the Tony Coe Trio and Alan Barnes, and more recently, the John Critchinson Trio, Georgie Fame’s Blue Flames,  Chris Garrick, the Steve Waterman Trio and the Zoe Rahman Trio, with drummer Gene Calderazzo.

In 2012 Alec joined Ginger Baker Jazz Confusion, featuring Pee Wee Ellis. The group toured the US and Europe in 2013, and recorded an album (Why?, Motema Records) in 2014.

Over the years Alec has also:

And played at Carnegie Hall, the Hollywood Bowl, the Sydney Opera House and the Royal Albert Hall.

In 2002 The Alec Dankworth Trio was formed – an acoustic trio performing an eclectic mixture of originals and standards by composers ranging from Dave Brubeck to Abdullah Ibrahim. It featured Phil Robson on guitar and Julian Arguelles on saxes.

In 2013 Alec formed his World Spirit group, featuring Brandon Allen on saxes, Paul Clarvis on percussion, and Emily Dankworth on vocals; World Spirit explores melodies from Africa, South America and other continents from a jazz perspective.